Thank you! Your submission has been received!
Oops! Something went wrong while submitting the form.
hello@cxperts.io+1 (619) 752-0280
Close Window 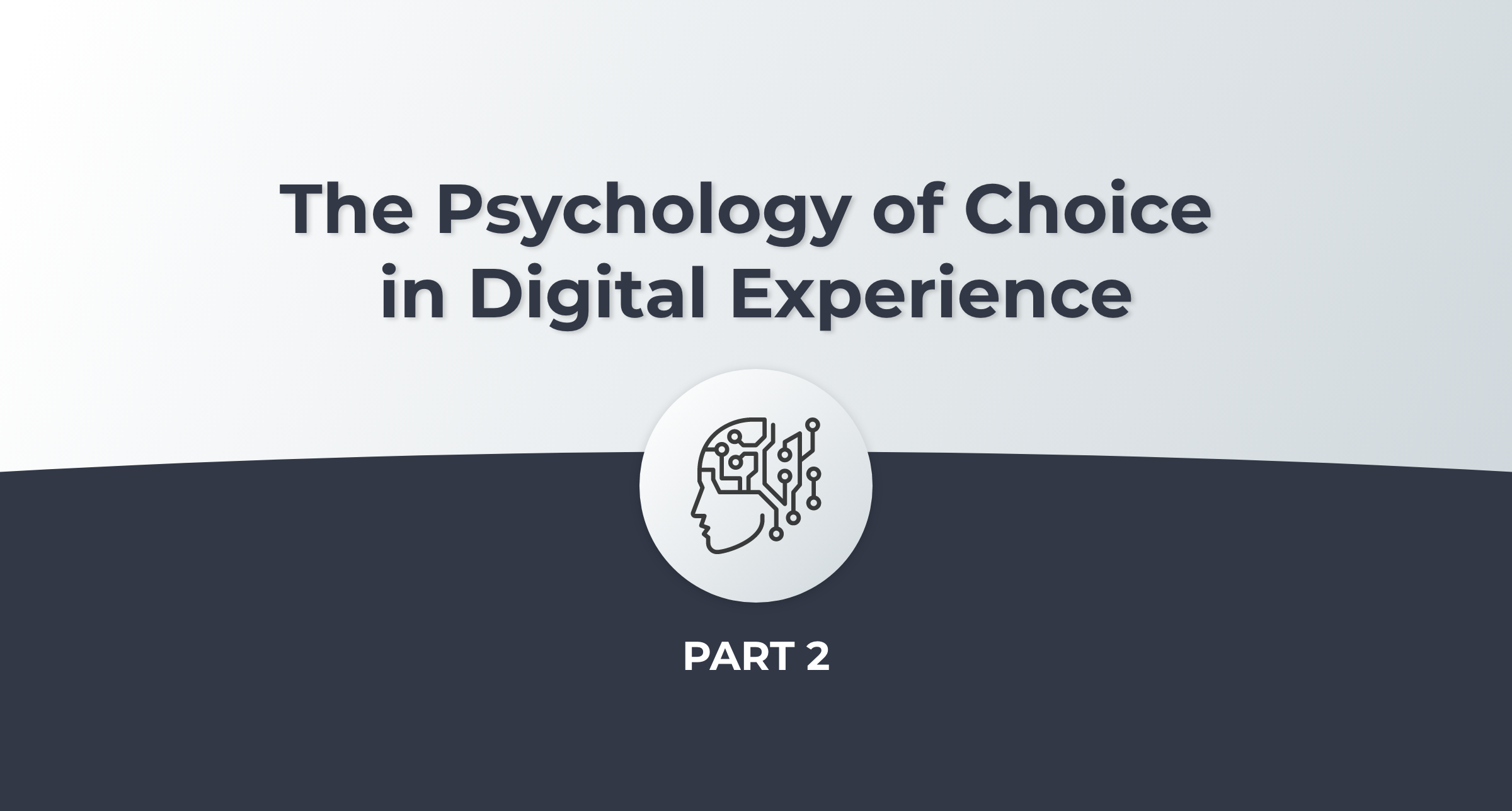 The Psychology of Choice In Digital - Part 2

In our last post tying consumer behavior and psychology to CX, UX and digital experimentation, we got into the specifics on the theory of Paradox of Choice. In this post we’re looking to build on these concepts and provide some clues on how to decide how many choices to present in common scenarios.

The Paradox of Choice says we humans like choices, but more isn’t always better. On average, we begin to associate higher levels of negative emotions when asked to pick from more than two options.

There’s plenty of interesting reading on this but the quick background is built around the “Hobson’s Choice,” which dates back to 17th century England and is best expressed in contemporary times as a “take-it-or-leave-it” choice. When people are given a single option to choose from, it can be argued that they’re not really being given a choice at all. Unsurprisingly, this scenario tends not to play well from a psychological perspective. In other words, we don’t like it. On the whole, when given a Hobson’s Choice, we tend to “leave it.”

One can surmise how this could present a business problem when it comes to a call-to-action that is the critical doorway we need people to push open if we want our business to grow. What to do?

This modification to the Hobson’s Choice presents an extra option. A “+1,” if you will. When people are presented with two options to choose from, a couple of things happen. The first and most important is that we tend to pick from one of the two active choices, as opposed to the “leave it” or “choose nothing” option. The second is that - based on the theory of the Paradox of Choice - we tend to be more satisfied with our decision. Everyone wins. Happiness ensues.

So How Do I Apply in UX?

The common practice is to employ the Hobsons +1 Choice Effect in presenting calls-to-action. Instead of a singular “Add-To-Cart” or “Sign-Up” CTA, we can present users with a second option. This can even be a “trivial choice,” where both of the options eventually lead to the same outcome. Studies show that the alternative choice can be as simple as printing the page or posting it to social media and it is still correlated to a lift in users taking the desired action.

We don’t advocate for meaningless calls-to-action, but giving users an additional choice has a tangible impact. To deliver the optimal UX, think about what second option would be of value. Better yet, conduct a multivariate test, survey users, or conduct a usability study to learn what additional option users really want.

A caveat is avoid this tactic with goal oriented audiences, like return visitors. If an individual knows what they want, then additional options can serve as a distraction and hinder completion of their objectives. In these cases, a UX leveraging a Hobson’s +1 Choice with CTA’s can be personalized to be shown only to new users

There you have it: the what and how around Hobsons +1 Choice Effect. If you have any questions on this or related topics, feel free to reach out to CXperts at hello@cxperts.io.

BACK TO NEWS ARTICLES